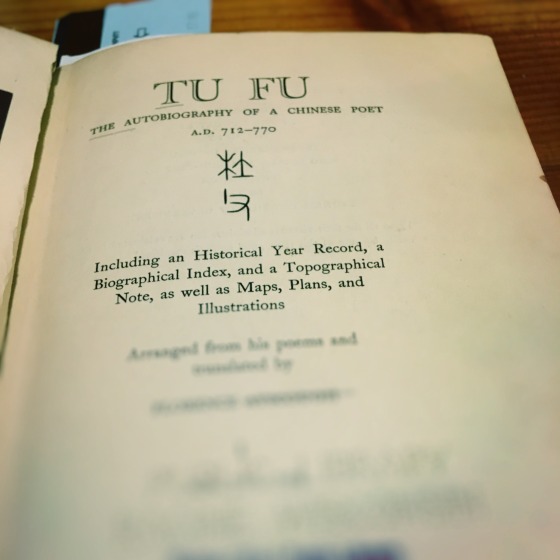 The train was late. Or rather, I was late for the train. Work ran later than expected. Missed the 5:45. The street car was running. No mechanical problems like Monday. But a few minutes behind schedule due to a presidential rally.

I decided to skip the street car and walk to the station in order to catch the last train home. There is almost two hours between one train and the other. Walking gave me a chance to find a coffee shop and some time to catch up on reading. The Public Market was on the way, but it tends be loud. And crowded.

Stone Creek Coffee is nice and near the train station. And open until 7 p.m. It displays a nice interior design. But sometimes the atmosphere feels a bit too mod. The baristas are often impertinent. And I feel inelegant when I visit. Maybe I am getting too old to haunt swanky coffee shops. Stone Creek coffee is luxurious. In spite of pretentious barista I bought a cup and then walked to the train station to wait and read a book. It is an autobiography of the Chinese poet Tu Fu. The fact that a book published in the 1930s is still in circulation at a public library is impressive. Also interesting are the translator notes. A few weeks ago I finished reading a recent translation of Li Po poetry. The translator, Seaton, made observations similar to those made nearly 100 years ago by Ayscough and Lowell.

I struggled with one passage in the book as the train station grew loud with passengers arriving from one train and departing on a Greyhound bus. Pulling a mobile device out of my pocket I placed in ear buds and cued up episode 88 of the Discovering Jazz podcast. As I listened I read that one Chinese ideogram may require more than one word to transliterate. Sometimes an entire phrase is used to convey the idea of a single Chinese character. The last train arrived. I boarded. Found a seat. Continued reading. And listening.

The jazz podcast explored absolute pitch. The show host mentioned that Asian languages are tonal. Pronouncing a vowel with one pitch may mean one thing while pronouncing the same vowel with a different pitch provides a different meaning. I experienced that when I visited Japan. But I did not have the knowledge to appreciate it then as I do now.

Reading a dozen pages was all I managed to accomplish before the train stopped at the home station. Thankful to be homeward. Grateful for the travel disruption that mingled American jazz and Chinese poetry into one commute.