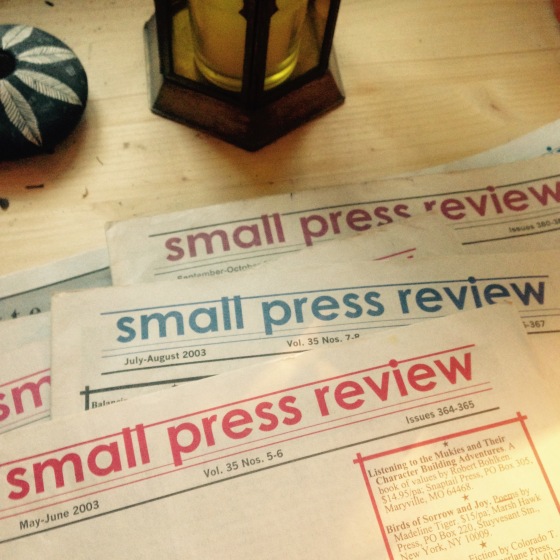 Have you ever written something that developed a life — even an audience — unexpected? The final chapter of a literary biography I read recently featured an introductory note that caught my attention. The author stated that of all the essays he had written during his long career the final essay of the book received the most attention. And the most requests for permission to reprint it in various publications.

Those were different days, I reflected. A time when permission was requested to reprint material an effort to share thoughtful writings. Rather than copy, paste, click and post.

In a very small way, a similar observance was made regarding a piece I wrote more than a decade ago.

This was back in the days before iPhones, Facebook, or Twitter. A time when SMS messaging — later texting — was a novelty that would be the most used mobile data service. But that was a couple years away.

A reader of my blog requested a review of a poem. I was suspicious of the request. Thought it might be a college student seeking someone to write his or her literature paper. I accepted the challenge.

At the time, I was writing book reviews, essays, interviews and such. Mostly for local publications. But a few journals and magazines on the West Coast published some of my work. I reached out to Len Fulton of Small Press Review and asked if I could submit the poem review. He graciously agreed.

I wrote a review of Charles Simic’s poem “Old Soldier” in an esoteric manner that could not easily be passed off as a high school literature paper. I sent off the review for publication. And waited. Months went by. Issue after issue of Small Press Review arrived in the mail box. Impatient, I posted an abridged, clumsy version of the review on my blog. A month later I submitted it to editor, publisher, and friend Pasckie Pascua who published it in the September 2005 edition of The Indie. When the November-December 2005 issue of Small Press Review arrived I was surprised to see my review had — in fact — been published.

The review of Simic’s poem “Old Soldier” remains one of the most read posts on this blog. It is embarrassing to me for a couple reasons. One, the lack of virtue in my life. The selfish rush to be published. Patience is a virtue I am still learning to practice. Another reason for the embarrassment is that the online, perennial version of the review is a shadow of the original. The writing that appeared in the Small Press Review has never been released online. And maybe that is best for now.

The review of the poem is the final chapter of a book manuscript I finished. As of this writing it remains unpublished. But maybe one day it will greet an audience of its own. And maybe wander online as well.

Earlier this year a quiet and quite active discussion took place in a small corner of the public square. It began with Alexandra Petri’s article “Is Poetry Dead?” [1] John Deming immediately responded with an “Open Letter to Alexandra Petri.” [2] A Few days later, Richard Higgs tossed the question to a group of poets and writers. [3] The topic was actively discussed for months.

Alexandra Petri asked “Is poetry dead?” Referencing Richard Blanco, she writes, “. . . poetry, a field that may very well be obsolete.” She continues:

I say this lovingly as a member of the print media. If poetry is dead, we are in the next ward over, wheezing noisily, with our family gathered around looking concerned and asking about our stereos.

In her article she offers some harsh yet reasonable analysis: “These days, poetry is institutionalized. Everyone can write it. But if you want a lot of people to read it . . . there are a few choked channels of Reputable Publications.”

John Deming immediately replies to this “attack on American poetry” by stating that there are more than “2,000 books of poetry are published each year in the U.S.” He did not reveal where he got that number, but I suspect much of those poetry books are independent or small press publications. Further, knowing intimately how the publishing business works, I suspect that the majority of those poetry books published do not exceed press runs of more than 500 copies. With all due respect to Mr. Deming, his open letter is more a reaction to Ms. Petri’s article and less a defense of American poetry’s life (or death). He does offer a pointed question for both Ms. Petri and for poets: “. . . what kind of ‘change’ [do] you mean. Literal political change?”

Years ago Dana Gioia asked “Can Poetry Matter?” in his essay published in The Atlantic Monthly [4] [5] I will not go into a lot of detail about his essay because I do not want to spoil his conclusion, but I do encourage you to read it. Mr. Gioia’s question is a better question than Ms. Petri’s. Introducing great poetry in school is part of the equation as well as encouraging the love of reading books to children. Mr. Gioia offers other ways to promote the reading of and love of poetry. The Academy of American Poets published a report years ago that stated that adults who purchase and read poetry books were introduced to poetry at an early age.

Alexandra Petri does present some valid concerns. Like Ms. Petri, I have attended poetry readings where “the attendees were almost without exception students of the poet who were there in the hopes of extra credit.” For that matter, I’ve been that poet (like Charles Bukowski) [6] reading to an audience of “. . . friends, . . . other poets / and the handful of idiots who have wandered / in / from nowhere.” Mr. Deming makes some equally valid points that poetry is “far from obsolete . . .” As someone in the publishing industry I know that poetry books do sell, but not as well as fiction or non-fiction. But lack of book sales revenue does not mean that poetry books are not effective or revolutionary. How many memoirs or novels have you read that feature a few lines of poetry as an epigraph printed at the beginning of the work?

I am convinced that there is a large audience of people that do not know that they enjoy poetry. They have to be introduced to great poetry. The fact that the August 31, 2013 issue of the New York Times featured a large front page photo of the poet Seamus Heaney (printed above the fold in contrast to a small photo of the President of the United States below the fold) testifies to the relevance of poetry in America. [7] Can poetry effect change? The poem “The Names” by Billy Collins was read before a special joint session of Congress in 2002 commemorating the victims of 9/11. [8] Can poetry matter? These are just two examples that attest to it’s impact (if ever so little) in our culture.

About four months ago I wrote a review of a poem by Charles Simic for an editor, but I have not received word as to its status. So, here’s an abbreviated form of the review.

A couple months ago, my son and I planted seven white pine saplings along the east side of the property. As a three-year old, he doesn’t really “plant” trees but rather roams the near vicinity in search of new wonders to discover. Each dandelion must be plucked and examined and each twig must be picked up and relocated. A chestnut branch, which had fallen during a recent storm, particularly interested his imagination. With chestnut branch in hand, my son defended the homestead from cardinals, squirrels and a trespassing cat.

As I recall my three-year son chasing a yellow rubber ball across the backyard and waving his chestnut branch over his head, I think of how new readers of poetry need to wade into the greater pool of literature by first enjoying what will get their feet wet. This doesn’t diminish the quality of Simic’s work but rather supports the notion that if a poet can speak to the children he will be able to guide them into a broader, deeper appreciation for poetry. The Academy of American Poets recently cited, in their 2003-2004 annual report, that 68% of their active members became interested in poetry before the age of 18.

“Old Soldier” opens with a list of credentials and a storyteller’s wink of wit. The image of this warrior wanting to impishly pull the tail of “a cat lying in the grass” suggests a mischievous tone for Simic’s 22-line poem. The mother figure introduces a contrast of gentleness and the serene garden solitude against the “flying cinders” of aerial bombardment. What’s interesting about the mother figure is that she doesn’t leave the soldier alone but takes him “by the hand.” It’s tempting to wonder if this is a historical account or merely a narrative. Vernon Young, a contributor to the Hudson Review, suggests that Simic writes “by the fable; his method is to transpose historical actuality into a surreal key.“

Simic tells that the soldier’s sword was cardboard and only lacked a horse–particularly a horse which pulled “a hearse/With a merry wave of his tail.” The last lines are striking in that they suggest a ten-year old boy who chooses a funeral horse for his military campaigns instead of a warhorse. Ripe imagery presents numerous literary interpretations.